Teaming Up to Create Careers for People with Autism

Careers for people with autism have been traditionally hard to come by. Lou Vismara, a noted cardiologist, and PRIDE Industries are working to change that.

Dr. Lou Vismara’s interest in the disability community began via fatherhood. In 1995, his young son Mark was diagnosed with autism, and Dr. Lou (as he’s known to his colleagues) dedicated the next year to learning everything he could about Autism Spectrum Disorder (ASD). But the doctor was surprised to discover very little information was available and, being a man of science, he decided to do something about this.

By 1997, Dr. Lou’s research had prompted him to help found what would become The MIND Institute at UC Davis. In time, this collaborative research center would conduct research into ASD, Fragile X Syndrome, Down Syndrome, Attention Deficit Hyperactivity Disorder (ADHD), and 22q11.2 Deletion Syndrome.

The MIND Institute would go on to garner international recognition for its work, and Dr. Lou would become a well-known figure within the autism community.

Then, a chance meeting in 1999 introduced the doctor to PRIDE Industries.

“I was attending an event,” he said, “and while there I was introduced to Mike Ziegler, PRIDE Industries’ [late] CEO. He invited me to tour the facilities at PRIDE Industries, and I was so impressed by what I saw. Having a child with a disability, I was struck by the importance of jobs for people with autism, like my son. It brought tears to my eyes to see so many people with disabilities employed and contributing to society.”

A Holistic Approach Includes Careers for People with Autism

This exposure to PRIDE Industries and its mission had a big impact on Dr. Lou and his son Mark, who began working with PRIDE Industries just a few months later. Seeing his son grow as he learned new skills, the doctor came to understand that a holistic approach—one that factors in social dynamics as well as scientific ones—was necessary to ensure Mark’s quality of life. This revelation led Dr. Lou to think about other ways to help transitional-aged youth on the autism spectrum. Then, a chance conversation sparked an idea.

In 2018, Dr. Lou was catching up with a colleague, who happened to mention that her aging parents were struggling with daily chores. Walking the dog, doing laundry, and grocery shopping—all of these activities had become too difficult for the elderly couple.

This got the doctor thinking.

“Something struck me,” said Dr. Lou. “The challenges her parents were experiencing were things my son, and others like him, could help with.” Suddenly, Dr. Lou had a new idea for a project that he knew could benefit many people, and the very next day, he set to work.

First, Dr. Lou made some calls. One of the first people he contacted was EDD Director Mike Bernick, who worked through the California Workforce Development Board to obtain a small grant for the project. More calls went out to Sheri Peifer, Eskaton’s CEO, and Darlene Cullivan, Senior Manager of Outreach and Impact at Eskaton. To complete the circle, Dr. Lou reached out to Vic Wursten, Chief Rehabilitation Officer at PRIDE Industries.

The pilot program was based in California’s Sacramento region and drew on the expertise of PRIDE Industries. Through our Employment Services, individuals with autism were trained to work with older people, then placed in elder services jobs at Eskaton—a nonprofit, community-based senior care organization. PRIDE Industries also provided job coaches and transportation for these employees who, ultimately, served as companions and aides to residents of long-term care.

Once the Autism Employment program became fully operational, it employed 17 adults on the autism spectrum at five different Eskaton facilities. One of these employees was Dr. Lou’s son, Mark, who found purpose in the work routine and in being of service. For Dr. Lou, the experience was eye-opening. He’d already seen how having a job had given his son a sense of community, independence, and purpose. Now he saw how employment not only helped others on the spectrum but also how seniors directly benefitted.

“Most interesting,” said Dr. Lou, “is the synergy and relationships that form between residents and participants.”

As loneliness can accompany both autism and aging, such friendships are a welcome part of the program—a benefit that Dr. Lou hopes to see continue. Though pandemic restrictions have put the endeavor on hold, he is confident that it will resume as soon as safely possible.

Post-COVID Employment for People with Autism

“The success of the program far exceeded my expectations!” said Dr. Lou. “We certainly want to revisit it when the pandemic ends.”

Whether in his role as a father, a physician, or a visionary, Dr. Lou Vismara understands that the goal of providing employment for people with autism is critically important. And in each of his roles, he has found no organization better equipped to facilitate this mission than PRIDE Industries. This is why Dr. Lou has served on the Advisory Board of PRIDE Industries since 2016, and why he has long been a generous supporter of The Michael Ziegler PRIDE Industries Foundation, which supports many of the programs that have benefitted Mark and so many others.

“I’m a big believer in PRIDE Industries; its mission is essential to the well-being of so many people,” said Dr. Lou. “I want every person with ASD to have the opportunities my son has had.”

Move forward in your career

PRIDE Industries provides internships, job coaching and training programs, work transportation, assistive technology, and so much more for people with disabilities. Find out how we can help you pursue your career goals.
Explore Programs 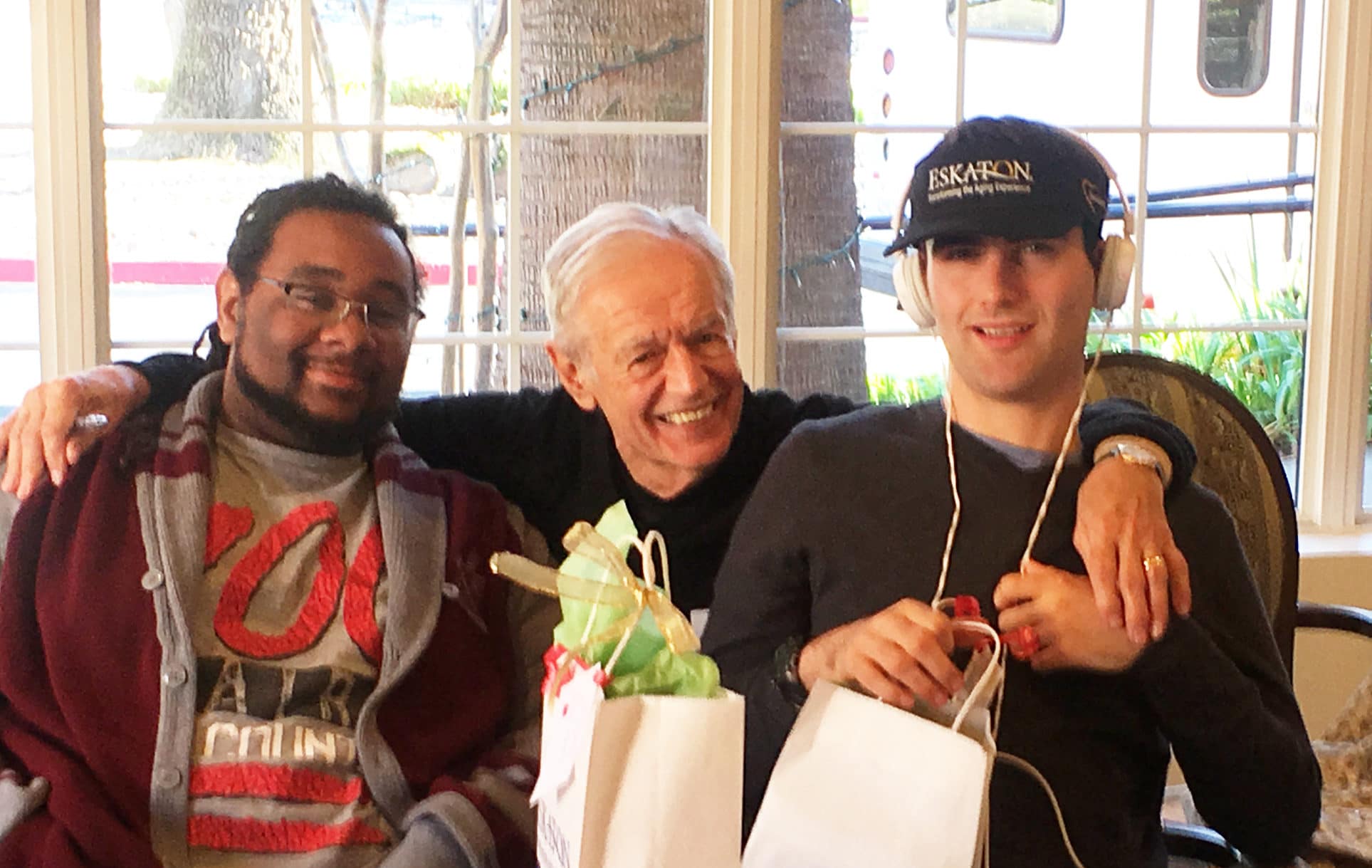 “The challenges her parents were experiencing were things my son, and others like him, could help with.”

Our Stories Cathi Talbot: More Than Just a Job