ROSEVILLE – Wells Fargo & Company (NYSE: WFC) today announced it philanthropically invested $35,000 in PRIDE Industries, Roseville, CA. The funds will allow the nonprofit to provide a full-service employment program that works with individuals with disabilities to achieve his/her career goal of economic independence.  Overall, Wells Fargo awarded $2.3 million in grants to 59 nonprofit organizations throughout California, Oregon, Washington, and Alaska. All grantees are from communities designated as having the highest levels of unemployment, as measured by the U.S. Bureau of Labor Statistics. 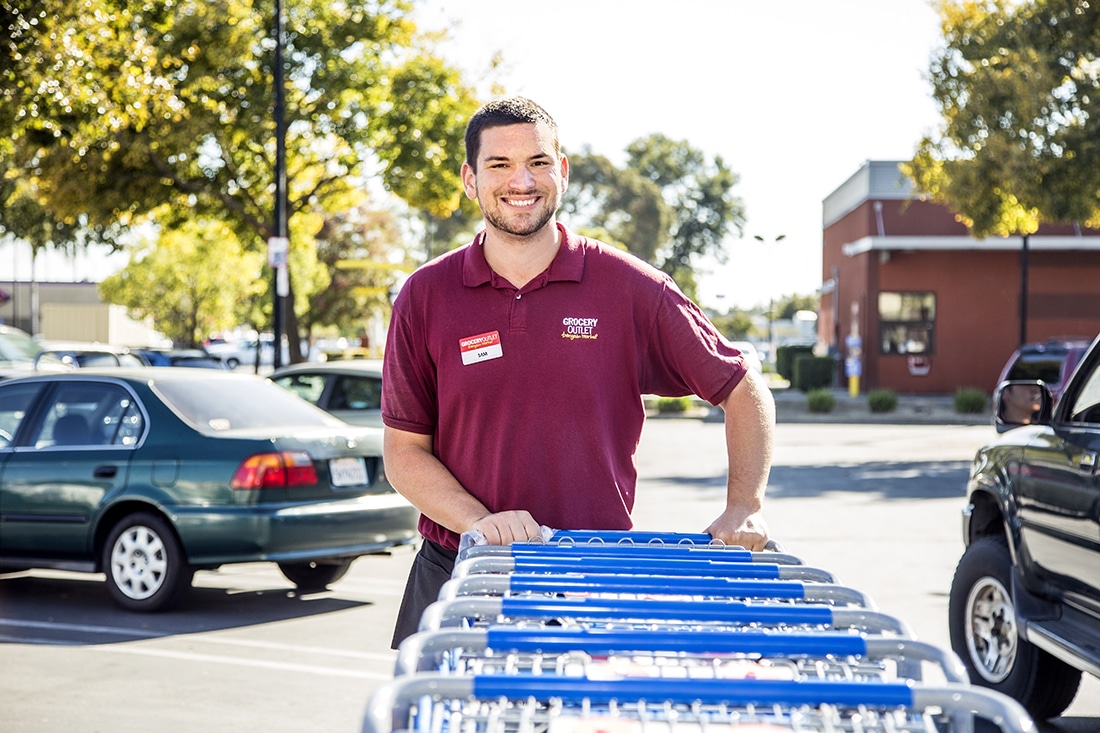 Sam received services at Modesto PRIDE that prepared him for employment at Grocery Outlet. Sam shares “I learned about when to ask customers if they need help taking their groceries out to their car…and the important duties of the job like bagging and cart runs.  I believe it helped me get the job because I believe that taking the initiative helped a lot.”  Sam has had an impact on his co-workers and work that has led to a culture of acceptance.  In fact, his co-workers have told us that people in the community come to Grocery Outlet just to see Sam!

“By directing $2.3 million to communities that are challenged by the highest levels of unemployment, it is our hope that we can change the economic prosperity of communities—one person at a time,” said Natasha Mata, Four Rivers area president of Wells Fargo. “We look forward to hearing more success stories as people gain the education and tools to start a new business, or get the job of their dreams.”

“Wells Fargo has a long-term history of support of PRIDE’s mission to create jobs for people with disabilities. Sam Azevedo is a shining example of someone whose life is enriched by Wells Fargo’s generosity”, said Michael Ziegler, CEO of PRIDE Industries.

In order to strengthen communities challenged by the highest levels of unemployment, Wells Fargo awarded $2.3 million to 59 nonprofits across California, Oregon, Washington, and Alaska. Thirty-five of the funded nonprofits are from urban communities and 24 are from rural markets. The organizations offer people advancement opportunities by providing services focused on small- and micro-business development, workforce development and job creation. In total the 59 grants are expected to make a community in local communities (as reported by grant recipients):

In 2015, the Wells Fargo invested $281.3 million in grants to 16,300 nonprofits, and team members volunteered more than 1.86 million volunteer hours around the country. For more information, please visit www.wellsfargo.com/about/csr.

PRIDE Industries is a nonprofit social enterprise dedicated to creating employment and economic opportunities for people with disabilities.  With operations in 14 states and the nation’s capital, PRIDE Industries employs more than 5,500 people, including more than 3,000 people with disabilities.  PRIDE was founded in 1966 in the basement of St. Luke’s Church in Auburn by parents seeking meaningful work for their children with developmental disabilities. PRIDE has grown into a nationally-recognized leader in employment-based rehabilitation with a 50-year history of assisting individuals with multiple barriers to obtain employment and independence while providing the support needed to succeed.

Wells Fargo & Company (NYSE: WFC) is a diversified, community-based financial services company with $1.8 trillion in assets. Founded in 1852 and headquartered in San Francisco, Wells Fargo provides banking, insurance, investments, mortgage, and consumer and commercial finance through 8,800 locations, 13,000 ATMs, the internet (wellsfargo.com) and mobile banking, and has offices in 36 countries to support customers who conduct business in the global economy. With approximately 269,000 team members, Wells Fargo serves one in three households in the United States. Wells Fargo & Company was ranked No. 27 on Fortune’s 2016 rankings of America’s largest corporations. Wells Fargo’s vision is to satisfy our customers’ financial needs and help them succeed financially. Wells Fargo perspectives are also available at Wells Fargo Blogs and Wells Fargo Stories.