Give the Gift of Employment to People with Disabilities.

Employment brings so much more than a paycheck.

It also brings an opportunity to contribute, better self-esteem, and the ability to take pride in a job well done.

Unfortunately, unemployment among people with disabilities remains high. As a result, many cannot live independently and must rely on benefit programs.

You can change this. By donating to PRIDE Industries this #GivingTuesday, you can help people with disabilities experience the independence and pride that comes with meaningful employment.

Your donations fund the programs that underpin the success for people with disabilities in the workplace. Some of our employment services and support programs include:

Paid internships give people with disabilities and other barriers to employment the opportunity to learn the skills they need to succeed in their chosen careers. Internships also allow participants to demonstrate their abilities to potential employers, creating an easier path to employment.

Many careers require specialized instruction and certification. Your donations provide a supportive environment for this essential training—giving people with disabilities and barriers to employment an opportunity to succeed in a competitive job market.

Your support goes to furnish assistive devices—such as software, hearing aids, and motorized scooters—that enable people with disabilities to succeed in the workplace. These critical aids can be expensive and are often not covered by health insurance.

Reliable transportation is key to job success and independent living. Our fleet of buses transports people with disabilities who are unable to drive to work or medical appointments. We also use our bus fleet to deliver essentials such as groceries and medicine.

Our specially trained Job Coaches provide a safe, well-supervised training environment using a person-centered approach. Your support of this important program ensures lasting success for both employers and employees with disabilities.

Thanks to your donations

While PRIDE Industries provides the services and support, the people we work with ultimately find their own success through hard work and commitment. Read some of their inspiring stories here. 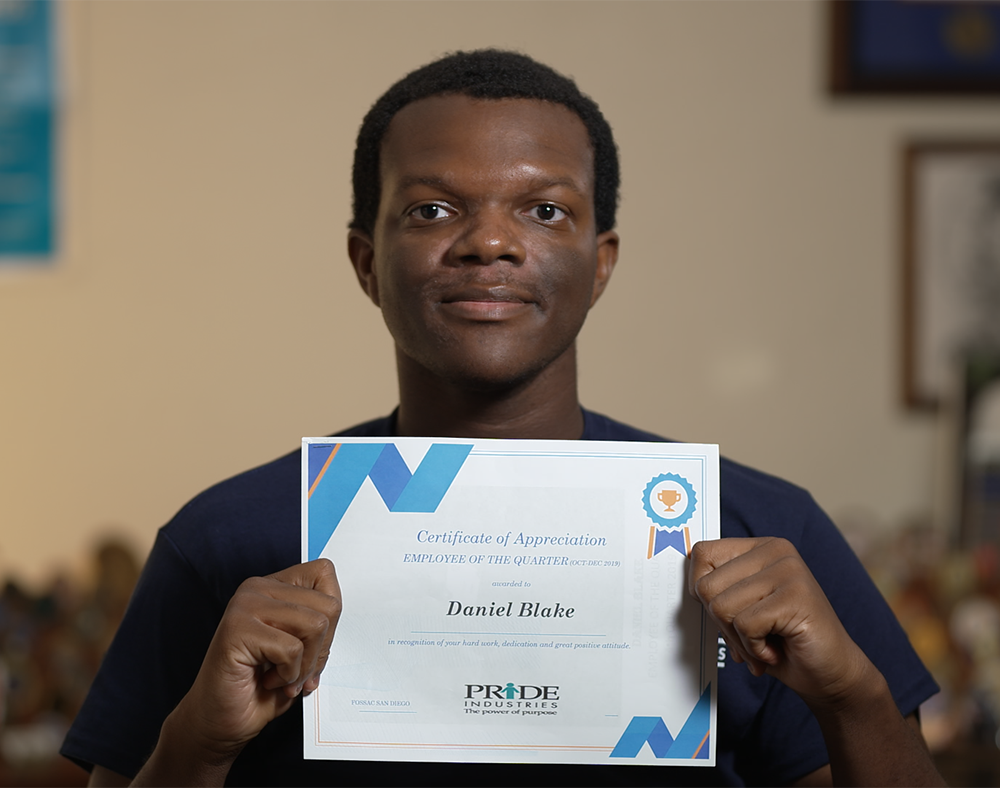 Daniel got his first job.

Today, Daniel is employed in a position that gives him great pride. As a laborer at the FOSSAC Navy Shipyard, he loads provisions for U.S. Navy ships, including vessels that provide important medical treatment and relief—like the USNS Mercy.

Donors to The Michael Ziegler PRIDE Industries Foundation help people with disabilities, like Daniel, get the vocational training needed to succeed in their careers.

“PRIDE Industries’ workforce inclusion staff accommodated me every step of the way, right out of high school,” said Daniel. “It feels wonderful to have the support. My job has brought me financial independence and friendships. It feels wonderful to make a meaningful contribution to the world.”

Sherryl was able to rejoin the workforce.

After an accident that resulted in multiple fractures and a traumatic brain injury, Sherryl worked hard to recover. But her challenges didn’t end after the hospital stays—reentering the workforce as a person with a disability posed its own set of difficulties.

Thanks to donations to The Michael Ziegler PRIDE Industries Foundation, Sherryl was provided with job coaches who worked with her to develop the skills she’d need to reach her career goal: a position as an administrative professional. They tested her on 50 different tasks in a simulated work environment, and helped Sherryl review necessary office skills, including data entry, phone etiquette, and the use of common office software.

Once Sherryl was ready for employment, she joined PRIDE Industries’ proposal department as part of a five-month paid internship —also funded by generous donors. Right away, Sherryl impressed her coworkers with her excellent work ethic, and at the end of her internship, she was offered a full-time position as a proposal development assistant. 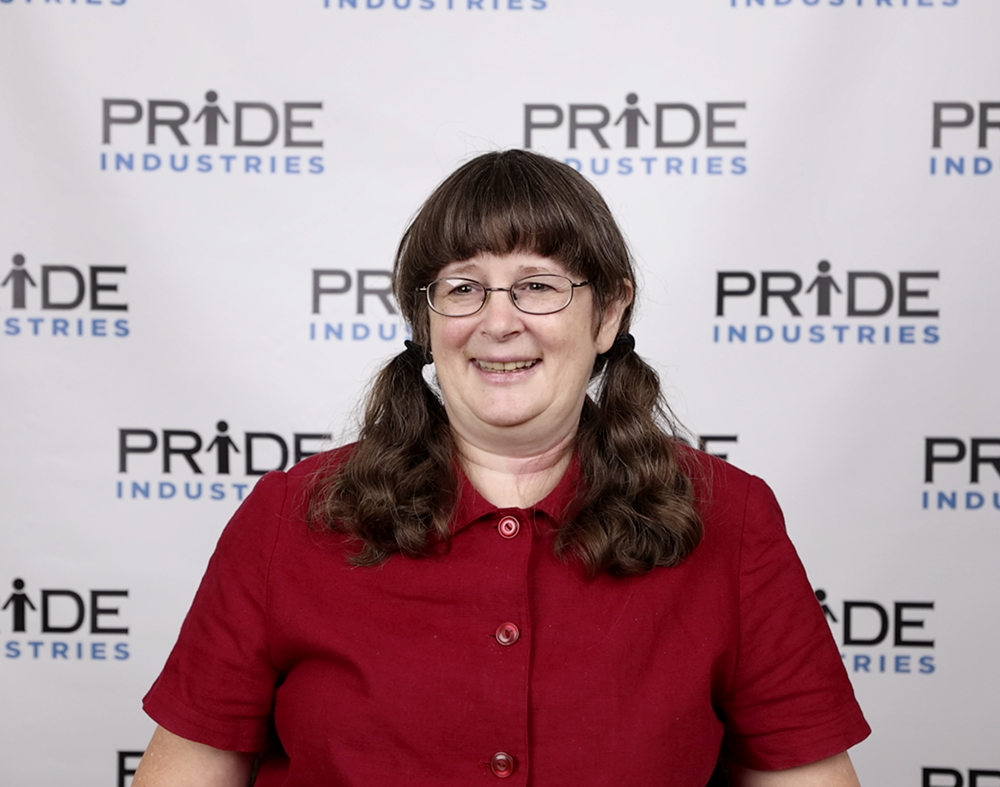 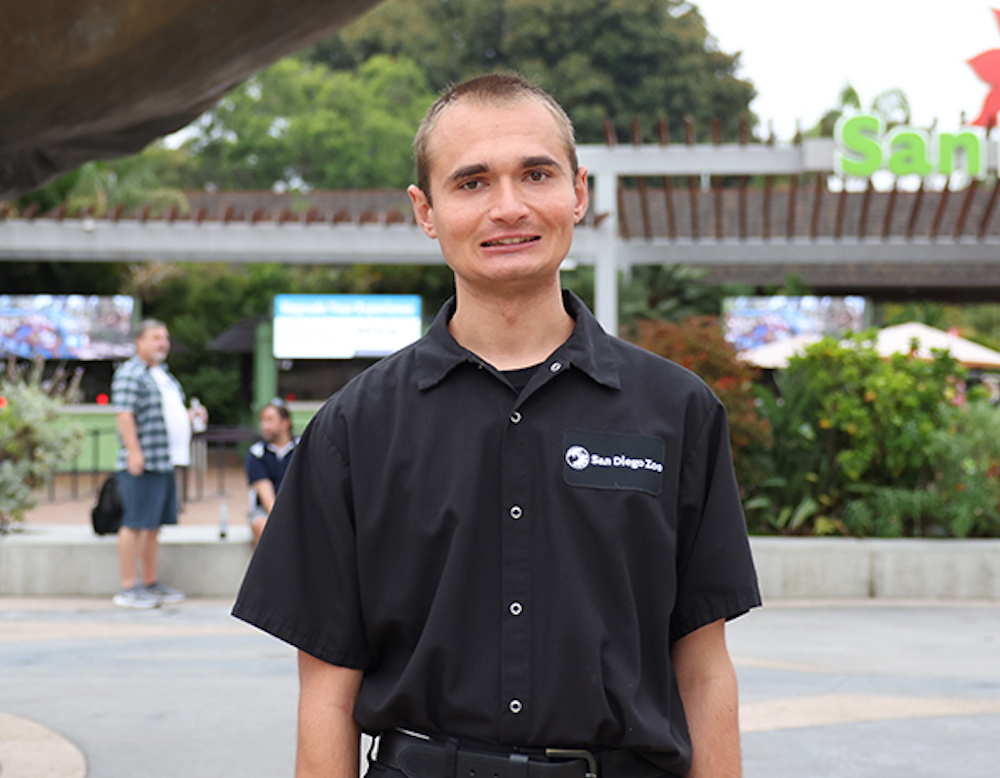 Brandon took his first step towards building a career.

If you visit Albert’s Restaurant at the world-famous San Diego Zoo, you will likely meet Brandon. His positive attitude and incredible work ethic make him stand out to the customers, and today he is well on his way to reaching his ultimate career goal: becoming a security officer at the zoo.

But Brandon’s path to employment did not start out so smoothly. After the challenges of looking for a job without experience, he turned to PRIDE Industries for help in 2020. Even though the pandemic had created many obstacles, our employment services team—funded by donations—helped Brandon navigate the job search process, ultimately landing him an interview with the zoo, which led to his current job as a busser. Now Brandon is getting ready to take the next step in his career, and someday soon hopes to do his part to keep zoo visitors safe.

“Now that I have a job, I get out of the house instead of staying at home all day,” says Brandon. “I’m proud of the independence that I have earned.”